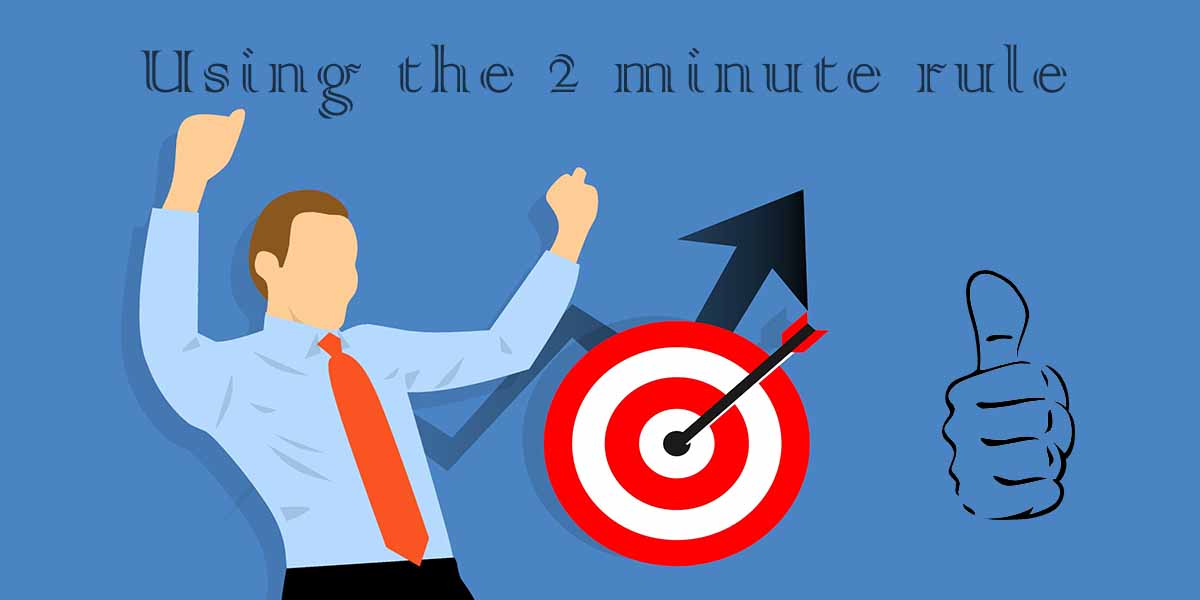 If you are like me, then every once in a while you might have thought like making a change in your life. Sometimes you want to start exercising and get into shape, other times to read more books or to start a meditation practice. So you decide to make this your new habit.

The first few days go well as you are motivated and excited about this new habit. But as more days pass, this new habit doesn’t excite you anymore. Then you procrastinate by saying that it’s fine to do it tomorrow. When tomorrow comes, you again say tomorrow. This keeps on happening and the so-called “new habit” is almost forgotten.

However, we have all been there at one point or other. But why does this happen even if we are highly excited about it? Why it is hard to follow along with our new habits? Why do we procrastinate?

Well, one of the reason is that the new habit we are trying to form feels too overwhelming.
In the beginning, when you are super motivated and excited, it becomes easy to do things.

For example, going to the gym for 1 hour becomes easy because the initial motivation becomes your driving force. But when you are highly motivated, it’s also easy for you to force yourself for some higher expectations.

So you say to yourself, “I went to the gym for 1 hour for the first few days. Now I will go every single day for 1 hour.”

But the initial motivation fades away after a few days and you don’t have any driving force left, also you haven’t formed that new habit yet. That’s when you procrastinate, skips a day or two at the gym and that 1 hour now feels like too overwhelming.

So, instead of relying on motivation, you should focus on making the new habit, an actual habit. Let me explain it to you by introducing the 2 minute rule.

When your expectation is to do exercises/yoga daily for 1 hour, read a whole book, or run 5 km, your habit can be hard to start. Most of the tasks that you procrastinate are not that difficult. You just avoid doing them because you make them seem so.

The trick is to use the 2 minute rule to make your brain think that the habit you are about to do isn’t hard. So what you want to do here is to break that big habit into a small 2 minute version of it. Your goals obviously can’t be reached in 2 minutes, but every habit can be started at that time. Once you start doing something, it becomes much easier to continue with it.

For example –
Want to make reading books a new habit?
Use the 2 minute rule and read just 2 pages of a book. You have to do it for a minimum of 2 minutes, after that, you can stop reading.

The end goal is to read the whole book, but the expectation should be just to start reading, no matter how little. You may feel like reading just for 2 minutes is pointless. But a new habit should not feel like a burden.

First 2 minutes should always be easy. The point of any habit is to make it a habit in the first place.

So the first step is to train yourself to just start, by taking the simple steps. Once you start, it becomes much easier to continue, because the mental stress of felling too overwhelming is now gone and you are already doing the new habit you wanted to.

Using the 2 minute rule, your goals should change to something like this:

“Running 5 km” becomes “Put on running shoes and go outside.”
“Becoming a writer” becomes “Write just one sentence.”
“Reading a book” becomes “Take that book in your hands.”

All these things are easy to do, however they are very important as they make you get started. You can’t become an athlete if you don’t put on your running shoes and go outside your house. Neither can you be a writer if you can’t even write a single sentence.

But even if it’s just writing one sentence, or just walking around a block, it’s much more than nothing. And more importantly, is that you are forming and strengthening the habit. Eventually, that one sentence you wrote will become a paragraph, which will form a chapter, and in the end, will become a book. But you have to start with the first sentence.

Let me give you my example of how I used the 2 minute rule in my own life:

I have always wanted to learn graphic design. I used to see many designs on the internet and wished how they did and how can I make such one day. Then I got to know about a tool which was used called Adobe Photoshop. After many online research, I got to know about this YouTube channel – Gareth David Studio. Obviously, YouTube is the best free online source to learn almost anything.

I saw a couple of his video tutorials. At first, I was very excited to learn. But after watching a few videos, I felt that it is too much for me. “I can’t learn it. It’s too difficult for me”, thought every time. After a few weeks, I stopped following those tutorials. Then I realised that my higher expectations were preventing me from even starting.

Then a few months later, a series of spark excited in myself when I learnt about the 2 minute rule.

I changed my objective to new ones:
I decided to watch just one small video per day.
If the video was more than 20 minutes then I will divide it into 10 minutes for each day.

Watching just one video was very easy for me. Now following those videos daily didn’t felt like a burden on me. And my brain also liked the idea of practicing it daily for a small amount of time. But the real magic was that it was much easier to continue doing it for long after that.

Even once in a while, there comes a day when I don’t feel like doing it. And that’s fine. What’s more important is I was able to reinforce my habit consistently.

Well, I’m not a professional graphic designer right now, but I am well comfortable with both Adobe Photoshop and also Adobe Illustrator.

So I encourage you to use the 2 minute rule yourself, whenever you are struggling to build any habit. The most important part of a new habit is to just getting started. It’s not about how well you do it, it’s about consistently taking action towards it. Instead of trying to create a perfect habit, do the easier thing first on a consistent basis.

It’s far better to do less than just to hope for and do nothing. There will be plenty of time later on to improve your performance. Remember, you can’t improve your habit which doesn’t exist. Just start and the rest will follow.

Thank you for reading!
Do share it with your friends and family members.

How to be productive by using Parkinson’s Law?