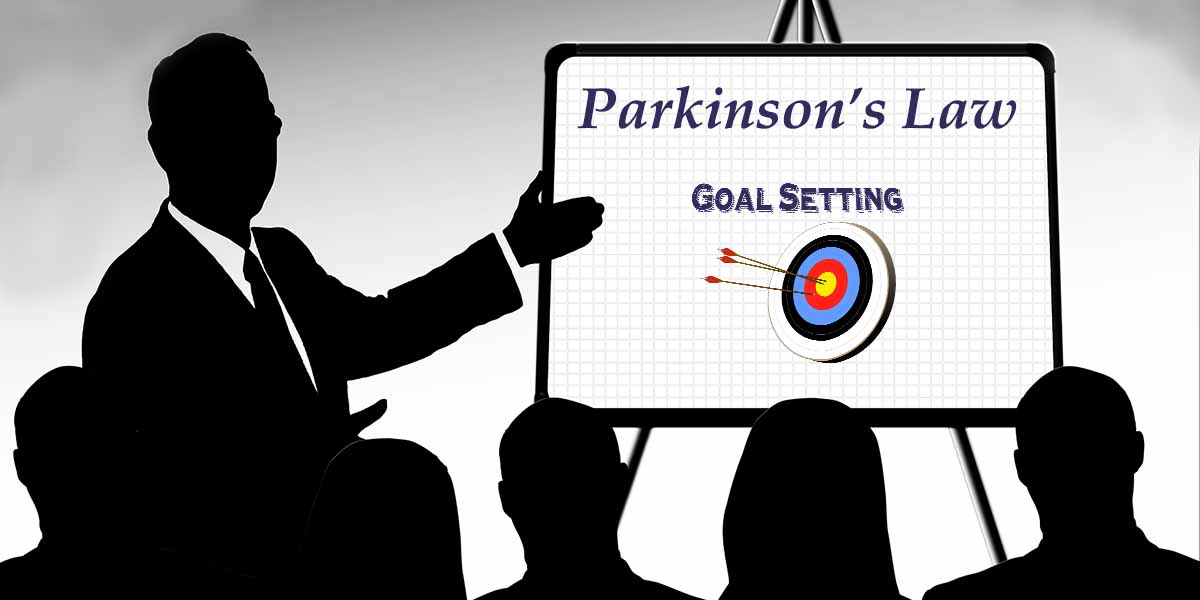 Before we begin, remember this: Be kind to yourself and your mistakes.

Productivity is not something which can be achieved overnight. You have to cultivate your habits – both good and bad and to be consistent over the long run.

Small adjustments will lead to more lasting changes, but those may take time and discipline.

There is something called Parkinson’s Law, which you can use for your advantage. Let us see what this tells us about.

What is Parkinson’s Law?

Let me tell you a story which you are very familiar with.

Back when I was in college, our teacher gave us the assignment to finish within a month. I was a massive procrastinator that time and since the deadline was so far away, I didn’t even think about starting. Instead, I decided to spend my time playing video games.

With only one day in my hand, I started writing with pure focus. Finishing my assignment was my number one priority and everything else became secondary. And thankfully, in the end, I managed to submit the assignment the next day on time, and yeah for the cost of my sleep.

Let me introduce to Parkinson’s Law –

The law states: “Work expands so as to fill the time available for its completion.”

The above graph clearly explains that our effort rises when the time to finish that task is less.

But if a goal or a task doesn’t have a deadline, it is more likely never get done.

Whenever we have something to complete, whether it’s a college assignment or preparing a presentation, we make a mistake by thinking that the more time we gave ourselves to complete it, the better the end result will be. However, most of that time is spent on procrastinating and only a small portion of it is spent on the things we want to achieve.

If someone gave you one month to mow a lawn, it will probably take you 29 days before you even begin, because you know that it could be completed within a single day. So that’s 29 days of procrastinating because you know you have more than enough time before you get started.

You can think of a deadline as a fire.
When the deadline is far, that fire is small. It doesn’t threaten your life yet, that’s why you don’t extinguish it right away. However, that fire gets bigger and bigger as the deadline gets closer and closer.

What exactly happens at that time is, the fire has gotten so big that your whole house might burn down. And now you don’t have any other choice but to extinguish it as fast as possible. So that becomes your primary focus. During such time you don’t procrastinate and waste your time on unimportant things like scrolling through Instagram or Twitter. Nor you think about playing video games.

In other words, as the deadline comes so close, as your fire becomes so big, you prioritize your tasks much better. You can’t afford to procrastinate or get lost in unimportant things like most people tend to do. You are fully focused on that fire.

The Parkinson’s Law is important to be conscious about, from the productivity and time management perspective. The law was stated by a British naval historian Cyril Northcote Parkinson who noted that as bureaucracy expanded, they became more inefficient. He then applied this observation to a variety of other circumstances realizing that, as the size of something increased, its efficiency dropped.

Most common mistake people do about Parkinson’s Law –

If you know something will take a week to complete, then don’t set the deadline for tomorrow. This is something most people do when they first hear about Parkinson’s Law. You can still try to push yourself to a certain extend knowing about your limits. So, next time when you think about how much time to allocate for a particular task keep in mind that Parkinson’s Law is at the play.

Now, whether your deadline is too short or too far away, it’s still better than no deadline at all. Remember, if there is no deadline, your goal will probably never be achieved. So if you don’t have a fire that’s getting bigger, make sure you create one.

How you can be more productive by using Parkinson’s Law?

So, here you can see there is a great benefit to know how Parkinson’s Law works because you can be more productive and efficient. I want to share five strategies of how to take advantage of Parkinson’s Law.

I hope that these strategies will help you to get more things done in less time and to be more productive than before.

This way you can use Procrastination to your advantage